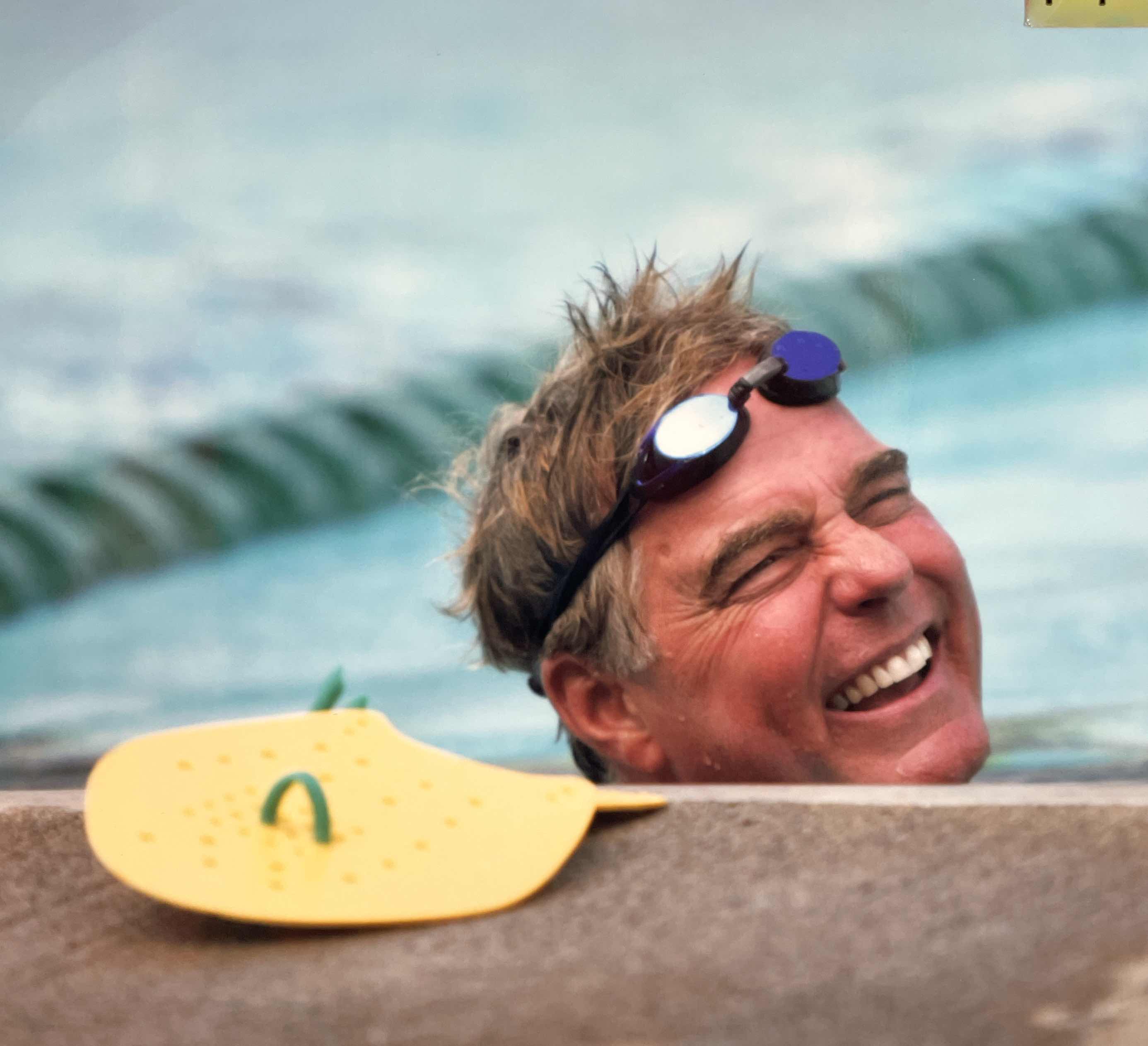 TEAMMATES UNITE WITH A COMMON VISION

On January 2, 1981, a small jump while dirt-biking in the California desert would send Mike Nyeholt hurdling through the air over his handlebars and landing on his head with a shocking prognosis: paralysis from the chest down. A former competitive swimmer and 3-time NCAA swimming national champion, Mike was determined to prove the doctors wrong that he would never walk again.

DEFINING TEAMWORK AND A SENSE OF PURPOSE BEYOND THE POOL 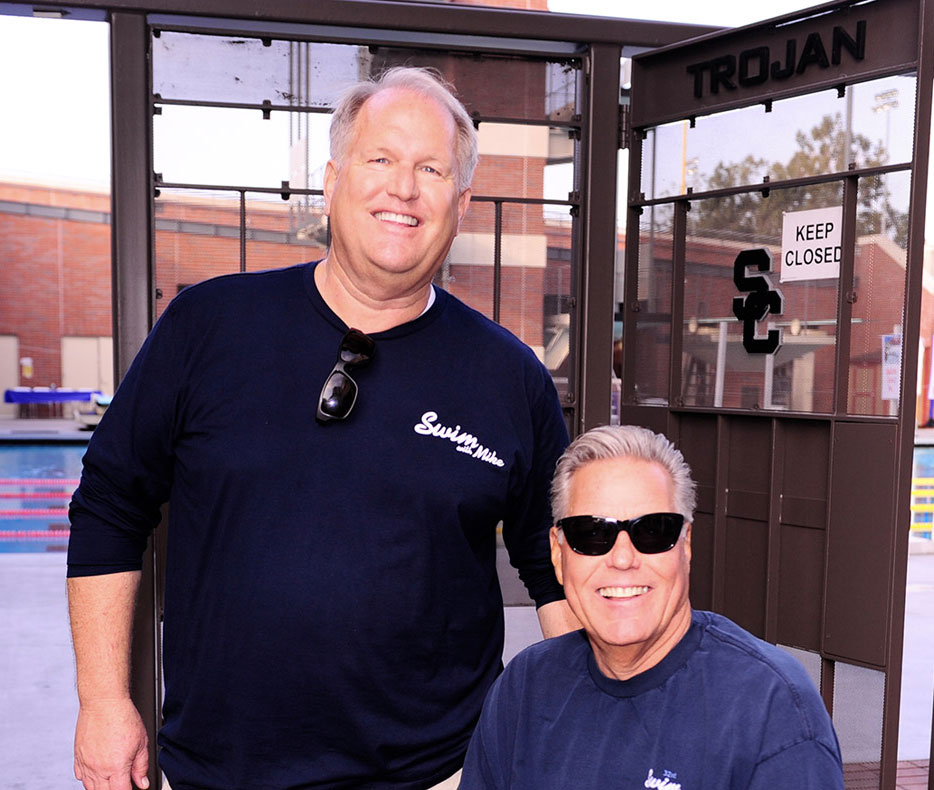 Growing up together in Southern California as friends and USC swimming teammates, Mike and Ron shared a special bond. As elite athletes, overcoming obstacles came with the territory, and after Mike’s accident, setting goals and moving forward together was the only option. For Ron, it was raising the funds needed to purchase a specialized van so Mike could continue his studies at USC. In the spring of 1981, Ron gathered fellow teammates, family, and friends to circle around Mike and meet the challenge of raising the proposed funds with the launch of Swim For Mike. A crowd assembled at the event to support Mike as spectators for sponsored swimmers and jumping in the pool to swim their share of laps. The event raised $58,000.
‍
Upon hearing about the outpouring of support at the event, Mike made a surprise appearance, arriving by ambulance, to personally thank his family and teammates for their unwavering support. At the time, Mike’s competitive instincts set in and he had something to work for. Mike pledged to swim in the next year’s event, Swim With Mike to benefit other physically challenged young athletes.

A MOUNTING WAVE OF TEAMWORK, TENACITY, AND TRIUMPH

In 1982, through the tremendous support from family and teammates, Mike fulfilled his goal of swimming in the event. From there, Ron and Mike set their sights on a vision to begin offering scholarships to those who had experienced similar life-changing accidents so that they could chart a new path for their lives. As Mike says, “Athletes already know about perseverance and desire. Part of the mind-set is that they instinctively know how to use their athletic ability to go beyond their challenges.” Shortly after Mike’s injury, fellow All-American swimmer at UCLA Becki McCafferty, was paralyzed in a body-surfing accident, and was awarded the first Swim with Mike scholarship to pursue her graduate studies at USC. The Ripple Effect begins.

FROM IDEA TO ITINERARY: THE VISION FOR NATIONWIDE OUTREACH

Expanding the vision of Swim with Mike beyond the horizon of USC was always a goal. As the movement has gained national recognition, building on the Ripple Effect to support those who shared Mike’s vision across the nation was a natural progression. The swells continued to mount with larger and larger pools of highly qualified applicants and aspiring professionals with tremendous stories. In 2000, the first recipients outside of USC were granted scholarships: Sam Paneno pursuing his law degree at the UC Davis Law School, and David Van Wagener pursuing a doctorate in chemical engineering at University of Texas, Austin. This move generated reciprocity in that the student-athletes were offered a fresh start, a new chapter to their lives, and the opportunity to choose their path through education, both personally and professionally. In turn, Ron and Mike felt the positive impact of the lives they had touched beyond their community. They began to set their sights on a cross-country wave.

THE RIPPLE EFFECT: A MISSION TO AMASS MORE IMPACT AS A FOUNDATION

As Swim with Mike transitions with the launch of Swim with Mike Foundation, the vision and the groundwork that has been laid over the past 40 years, remains the same— to offer hope and inspiration to young student-athletes who have overcome tremendous adversity through the gift of education. Together with co-founders Ron Orr and Mike Nyeholt, Jersey Mike’s CEO Peter Cancro shares the common vision and pledge to carry on the Ripple Effect with a $1 million donation toward the launch of the foundation. History shows us that one person through extraordinary opportunity and action can make a tremendous difference in the world. That one person touches the lives of others and the impact spreads from there. In the pool, one swimmer creates a ripple and a team makes waves.

Learn More About the
Swim with Mike Foundation