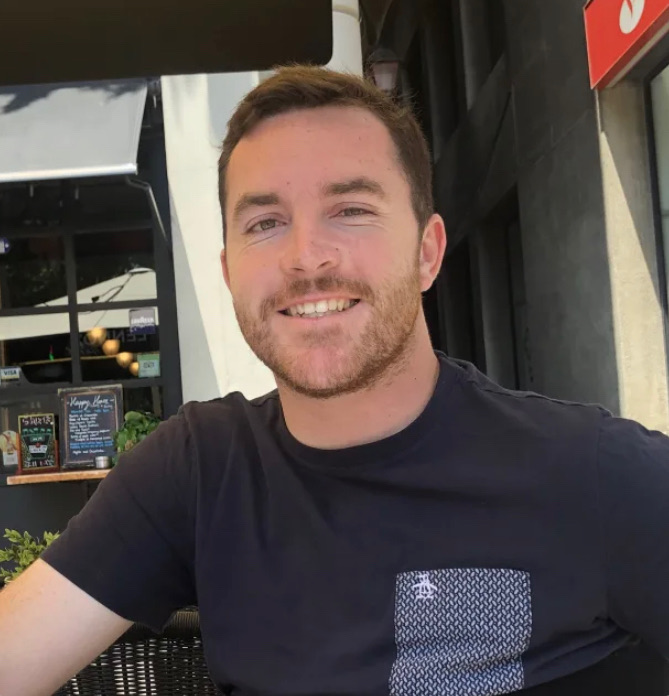 "Swim With Mike's 'Ripple Effect' has changed my life more than I could've imagined. I first heard of Swim With Mike in 2014 in a casual conversation with Mike Thomas what was then-Project Walk San Diego. Seven years later and here I am just a few months away from graduating law school and with a post-bar job waiting in the wings, all thanks to the incredible support I've received from Swim With Mike along the way. From UCLA to the University of San Diego School of Law and beyond, Swim With Mike stood with me through my educational journey and gave me the means necessary to build my own future."

Ronan was born in Okinawa, Japan where his Marine Corps dad and nurse mom were stationed. The family eventually settled down in Encinitas, California and Ronan started playing soccer. At the age of 10, he learned rugby inspired by his Irish family. As a high school freshman, he gave up soccer for football and rugby becoming the first freshman in varsity rugby in his high school’s history. On April 7, 2012, Ronan’s life changed forever during a rugby game. In one play gone wrong, Ronan was tackled and his C5, C6 and C7 vertebrae were crushed, causing a spinal cord injury. During surgery to repair the trauma done to his vertebrae, Ronan had a stroke causing temporary blindness. Although he regained his sight, he is still paralyzed from the middle of his chest down. Being forced to the sideline Ronan worked hard at his rehabilitation but wanted to return to the game he loved, so he started coaching for his high school and club team followed up by a position at UCLA. Ronan is the second Swim With Mike scholarship recipient to attend UCLA.