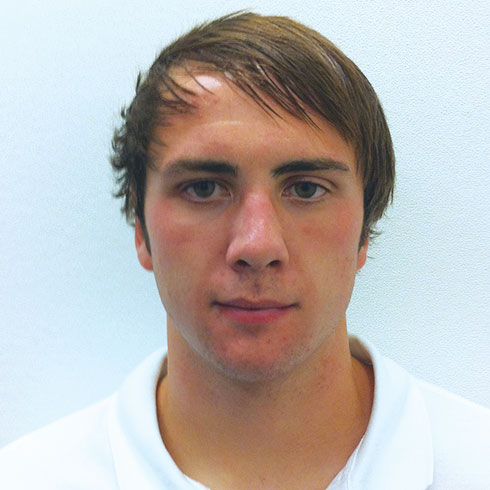 Brandon Burke was an active child competing on teams in baseball, football, soccer, basketball, and wrestling. Later on he decided to concentrate on football and baseball and developed in to quite a snowboarder hitting the slopes near Pocono Mountain East High School up to 100 days in the winter. During his junior year football season he sustained several injuries that were initially thought to be normal sports injuries, fractures and hyperextensions, but the continued excruciating pain and inability to play led him back to the doctor who recognized that this was not a sports injury but a tumor. A biopsy confirmed that he had stage four metastatic Ewings Sarcoma that had spread to his bone marrow. After six rounds of chemotherapy, limb salvage surgery, and another eight rounds of chemo Brandon was ready to move on. In order to save his leg, the doctors had replaced two thirds of his tibia with a cadaver bone, removed four inches of his fibula, replaced his knee and inserted a metal rod for a few inches of the femur. While walking down the stairs at his high school, he felt the leg break. After going through a series of surgeries to fix the leg he decided to have it amputated so that he could get back to his active lifestyle. He started swimming two weeks after the amputation and with his prosthesis he was able to return to snowboarding. He hopes to compete in triathlons. At Vanderbilt Brandon studied Biochemistry, Biomedical Engineering and Political Science. His career aspirations are to perform research in the fields of cancer and prosthetics.