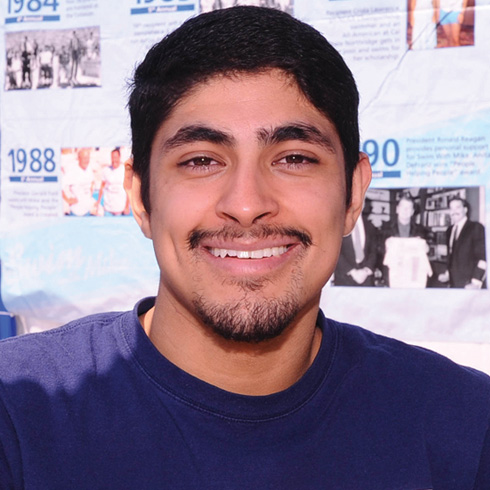 Chris played many sports as a child including baseball, basketball, and flag football. Likewise, during his adolescent years, he spent several summers at a sports program at CSULA. In high school, he was on the track and field team, qualifying for league finals, and at sixteen Chris ran his first marathon. A few months later he fractured his C 5, 6, and 7 vertebrae in a diving accident leaving him a quadriplegic. Once his injuries became stable, Chris started to view his rehabilitation as his own personal sport. As a result, he became more independent and is able to perform many daily activities on his own. He continues to train and has turned his efforts to academics and his future career. Chris received his B.A. in Psychology from Cal State University, Los Angeles, in 2013. His personal experiences with his injury changed his perspective about the well-being of others. For this reason, he is now working on a Masters Degree in Marriage and Family Therapy (MFT) at Azusa Pacific University. Ultimately, he desires to obtain his license in MFT and be a tool that aids individuals with their concerns and struggles.