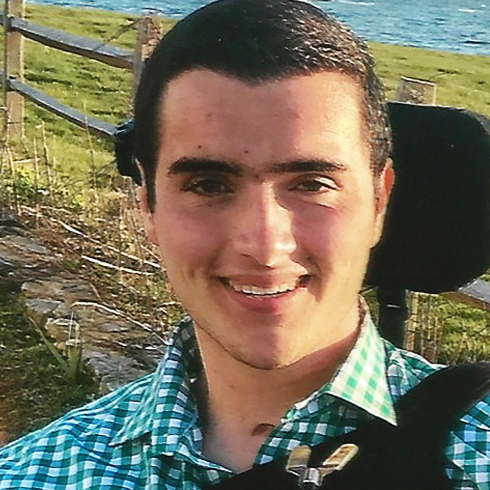 Joe was born in Boston but spent most of his life in Madison, Connecticut. Through the years he played rugby, hockey, baseball and was on Daniel Hand High School's cross country and swimming and diving teams. Joe achieved the level of Eagle Scout in 2015 and was active in his church choir and the Exchange Club. His favorite sport was football and he played Defensive End for three years as well as youth football. In August of 2015, just four days prior to the beginning of his senior year football practice Joe and his friends were hanging out at the Surf Club in Madison. A simple dive into the ocean from the rocks resulted in a C-5 Spinal Cord Injury. Following his accident, the Tiger football team and coaching staff embraced him like true brothers. Through months of rehabilitation at Craig Hospital in Denver, Joe's teammates kept him involved and updated on the season. While missing the first semester of his senior year Joe was able to return to school for his final semester and graduate with his class.