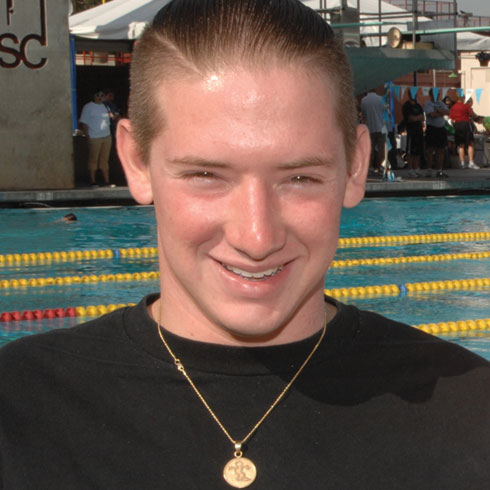 Joe Broc graduated in the Fall of 2010 in speech communications from Hawai’i Pacific University. He had spina bifida-myelomeningocele, resulting in below the knee paralysis. He competed in many sports as a child but in high school and beyond he has concentrated on outrigger canoe paddling, competing with able bodied paddlers on Manu O’Ke Kai for the past nine years. He competed on the varsity team at Kahuku High school and competed in the World Sprints Outrigger Canoe Championships in the summer of 2008. He paddles with Pure Light Racing, a team from Hawai’i made up entirely of physically challenged athletes. In October 2008 and 2009 Joe and his crew from Pure Light Racing competed in the 41 mile Molokai Hoe outrigger canoe race with water changes. The canoe race goes from the island of Molokai to the island of Oahu. This is the first time in the history of the 56 year old race that an adaptive crew has competed in this race. They have since paddled other long distance races such as the 18 mile Queen Liliokalani race and the 32 mile Henry Ayau race. Joe and his family have been instrumental in the success of Swim With Mike – Hawai’i and have organized the Swim With Mike Huli Huli Chicken Sale on the North Shore for the past two years . Joe really appreciates the Coaches and Student-Athletes at HPU for their support of Swim With Mike. He plans to pursue a career in public relations, motivational speaking and comedy.