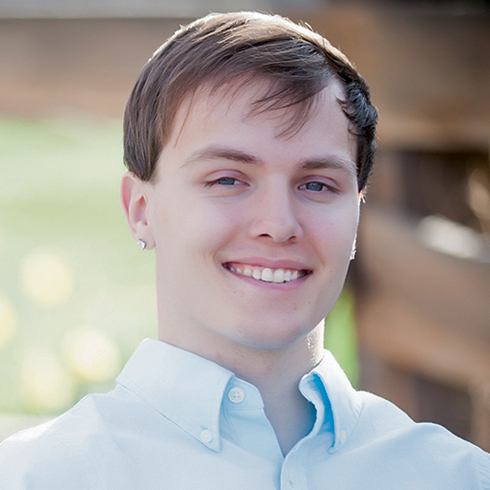 University of Nevada at Reno

Justin grew up in Oak Grove a small town in Birmingham, Alabama. Nearly all activities in town revolved around Oak Grove High school and it’s sports and Justin wrestled and played football for the school and played basketball in his spare time. The small town boy had big-time dreams and he had always wanted to be a doctor. On July 18, 2011, one month after high school graduation while Justin was driving he hit some gravel and the car slid off the road, smashing into a tree and throwing him out the back window where he broke his neck resulting in quadriplegia at the C 4-5 level. Six weeks in the UAB Hospital in Birmingham to stabilize him led to four months at Shriners Hospital in Sacramento. It was there that he met Teri Thrasher and her nephew Zack who was also recently injured. Teri introduced Justin to her friend Karen Nyeholt Park who introduced him to Swim With Mike and encouraged him to apply for a scholarship. Teri and Karen supported Justin throughout his rehabilitation and he has made great progress gaining more and more independence. Justin is studying Community Health Sciences and hopes to study medicine after finishing his undergraduate work.